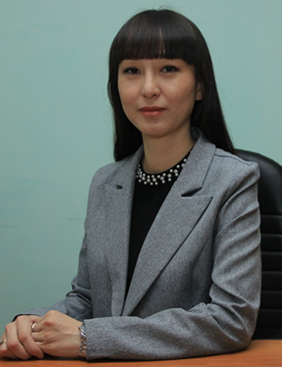 Ybytayeva G.S. in 2008 she graduated from the Faculty of Information Technology of the Kazakh-British Technical University.

In 2013-2015, she studied at the magistracy at the Kazakh National Research Technical University named after K.I. Satpayev with a degree in Information Systems.

Since 2021, she has been working part-time as a junior researcher at the Institute of Information and Computing Technologies of the CS MES RK in the grant funding project AP09259309 “Information model and software tools for an automatic search and analysis system for multilingual illegal web content based on an ontological approach” (2021 -2023).

Ybytaeva G.S. is the author of more than 20 works, of which 5 were published in publications recommended by the Committee for Control in Education and Science of the Ministry of Education and Science of the Republic of Kazakhstan, 4 articles in publications included in the Scopus database, 8 articles in collections of international scientific and practical conferences.