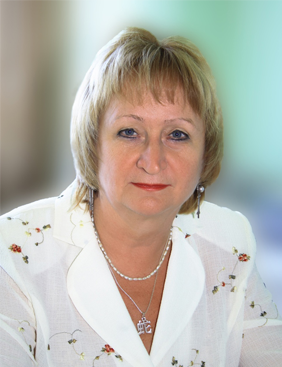 Date and place of birth:

Specialty and type of activity:

In 1975 she graduated from the Faculty of Computer Engineering of the Kharkov Institute of Radio Electronics with a degree in applied mathematics.

Professor of the Department of Informatics of the Kharkov State Institute of Culture (1994-1996).

Academic title and year of receipt:

She worked as a junior, senior, leading researcher, head of the laboratory of artificial intelligence of KhIRE (1975-1994).

Professor of the Department of Informatics of the Kharkov State Institute of Culture (1994-1996).

Since February 2007 he has been the head of the department of intelligent computer systems, professor.

All my life I have been involved in science. In 1984 she defended her Ph.D. thesis on mathematical modeling of natural language patterns. Scientific adviser – Professor Bondarenko M.F.

In 1994 she defended her doctoral thesis “Comparator identification of linguistic objects” in the specialty 05.25.05 – “Information systems and processes”. The scientific consultant was Professor Shabanov-Kushnarenko Yury Petrovich, whom he considers a teacher throughout his life.

Under the guidance of N.V. Sharonova 17 Ph.D. theses were defended. She is a scientific advisor for three doctoral studies. For many years he has been a member of specialized doctoral councils for the defense of dissertations, and regularly acts as an official opponent.

Since 2003, NTU KhPI has been actively engaged in scientific and pedagogical activities. With her active participation, the specialties “Psychology”, “Administrative Management”, “Pedagogy of Higher Education”, “Applied Linguistics” were opened.

In 2007, thanks to the efforts of Natalia Valerievna, a new department was opened at the National Technical University “Kharkiv Polytechnic Institute”, which is called “Intelligent Computer Systems”.

From 1993 to 2001 she was the elected President of the Association of Modern Information and Library Technologies (ASIBT), a member of the Board of ASIBT, actively working on the development of the Kharkiv regional scientific and educational information network. Since 2003, he has been the head of the Kharkiv branch of the Ukrainian Federation of Informatics (UFI).