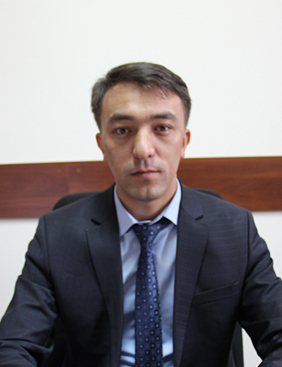 In 2001-2002 he studied at the Master’s programme  of the  Kazakh National Pedagogical University named after Abay on specialty “Computer Science” and after graduation he was employed to the same university, where he worked as a senior teacher.

In 2011 he entered the doctoral studies of  KazNTU named after  K.I. Satpayev.

Since 2012, he worked as part-time researcher in the laboratory “Analysis and Modeling of Information Processes” of the Institute of Information and Computational Technologies of the Ministry of Education and Science of the Republic of Kazakhstan in the grant financing project “Development of mathematical models, numerical methods and software complexes for identification and recognition of a synchronized stream of audio and graphic signals “(2012-2014).

In November 2014 he defended his thesis for the PhD degree on specialty 6D070300-Information Systems on the theme “Development of a multimodal system of recognizing Kazakh speech”. The results of scientific research were discussed at the scientific seminars of the department “Information Technologies” at the Kazakh National Technical University named after K.I. Satpayev, at the scientific seminar “Actual problems of the problem of computer science and management” of the Institute of Information and Computational  Technologies of the Ministry of Education and Science of the Republic of Kazakhstan.

Mamyrbayev O.Zh. is the author of more than 70 works, 29 out of them were published in publications recommended by the Committee for Control of Education and Science of the Ministry of Education and Science of the Republic of Kazakhstan, 10 articles – in publications with a nonzero impact factor included in the Scopus database, 9 articles in Russian editions , recommended by the Higher Attestation Commission of the Russian Federation, 22 articles – in collections of international scientific and practical conferences.

Married and has 4 children.