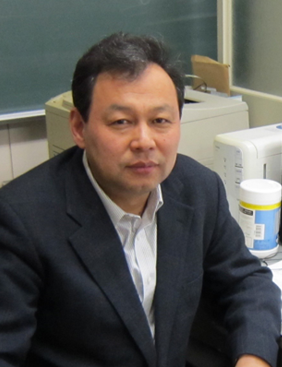 Chief Researcher of the “Institute of Information and Computational Technologies”, Doctor of Technical Sciences, Professor (Doctor of science (Japan))

Alimhan received his Master’s degree in Information Science in 1998 from Tokyo Denki University (TDU), Japan, and in 2003 he defended his doctoral thesis at TDU. In March 2009, he received his PhD in Mathematical Sciences from the TDU Graduate School of Science and Technology. From 1985 to 1996, he worked as an associate professor at the Department of Mathematics. From 2003 to 2004, he was a research associate at the Department of Information Sciences at TDU. From 2004 to the present, he has worked as a teacher, associate professor and researcher at the TDU School of Science and Technology. Since September 2014, he has been working at the Faculty of Mechanics and Mathematics of the L.N.Gumilyov Eurasian National University as a visiting professor. His main research interests include the theory of nonlinear control, in particular, the control of nonlinear systems with output feedback and nonlinear robust control.

Alimhan is the scientific director of the grant funding project AP08855743 “Development of an end-to-end automatic speech recognition system for agglutinative languages” (2020-2022) at the Institute of Information and Computational Technologies.

K. Alimhan is the author of more than 50 scientific papers, of which 10 were published in publications recommended by the Committee for Control in the Field of Education and Science of the Ministry of Education and Science of the Republic of Kazakhstan, 29 articles – in publications indexed by the Scopus database, 11 articles – in collections of international scientific and practical conferences.